What Do We Need to See in Order to Believe?

So Jesus said to him, “Unless you see signs and wonders you will not believe.” - John 4:48, ESV 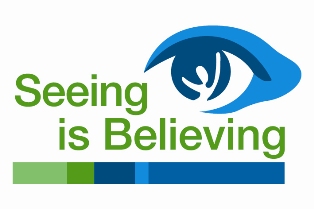 Interestingly, some of the people in the "seeing is believing" crowd are very dismissive of the eye-witness accounts from the ancient world. Some of them reject these accounts because they view the Bible as a book of propaganda produced by the church. Others reject them because they think ancient people were more gullible and easily fooled. But today's passage shows that the ancient world was full of "seeing is believing" people, just like our world is.

The deeper truth regarding the "seeing is believing" mindset is that it is not just wrong-headed but is also actually wrong. Seeing is not believing. Most of the people who saw clearly the signs and wonders Jesus did still rejected Him. They did not want to serve Him, and so their obstacle was not a lack of evidence but a lack of willingness to believe.

The same is true today. God has, in fact, written the evidence of His existence in the skies. Every sunrise and sunset speaks of the master artist who created them. The very minds which people use to rationalize away the existence of God are evidence of God. After all, how does life come from non-life and intelligence some naturally from non-intelligence. It is much more reasonable to believe that a supreme intelligence is responsible for the universe than to believe that it all spontaneously arose from nothing by chance. But the problem is not reason, it's sin. The problem isn't in our heads but in our hearts.

What do we see to see in order to believe? Above all else, I think we need to see our need. We need to see how desperately wrong-headed and wrong-hearted we are, so we we can see how Christ can make us right. This is something we cannot see with our physical eyes, but it must be shown to our hearts by the grace of God. Praise God that He does change hearts and open eyes to see the truth, that we might believe and be saved!

Prayer Based on Psalm 14:

Lord, the fool says in his heart, “There is no God.”
I know that, apart from Your saving grace opening my eyes,
I would be such a fool still!
They are corrupt, they do abominable deeds;
there is none who does good.
You look down from heaven on the children of man,
to see if there are any who understand,
who seek after You, O God.
But in our sinful nature, You see that we have all turned aside;
together we have become corrupt;
there is none who does good,
not even one.

Have they no knowledge, all the evildoers
who eat up my people as they eat bread
and do not call upon You, O Lord?

There they are in great terror,
for You, O God, are with the generation of the righteous.
They would shame the plans of the poor,
but You, Lord, are their refuge.

Oh, that salvation for Your people would come out of Zion!

When You, O Lord, restore the fortunes of Your people,
we will rejoice and  be glad.