They all paid attention to him, from the least to the greatest, saying, “This man is the power of God that is called Great.” And they paid attention to him because for a long time he had amazed them with his magic. . . Now when Simon saw that the Spirit was given through the laying on of the apostles' hands, he offered them money, saying, “Give me this power also, so that anyone on whom I lay my hands may receive the Holy Spirit.” But Peter said to him, “May your silver perish with you, because you thought you could obtain the gift of God with money! - Acts 8:10-11, 19-20, ESV


Whose Name Are We Trying to Make Great?

Simon the Magician was used to being the center of attention. For years, he had amazed crowds of people with his magic and had won a large following and a great name for himself. He had the life so many dream of achieving. His reputation was so impressive that he was hailed as "the power of God that is called Great." All that changed the day Philip came to town.

Philip came into Samaria preaching the Gospel of Jesus Christ. By the true power of God, he was able to perform signs and great miracles. The people were amazed and they listened carefully to his words. Jesus Himself had visited Samaria several years earlier, bringing the good news of the kingdom of God to the village of Sychar after a conversation with a Samaritan woman by Jacob's well. However, we are not told in John 4 that Jesus did any signs and wonders in Sychar, other than His supernatural knowledge of the Samaritan woman's past.

How would Simon the Magician respond to some new man moving in on his territory and drawing away some of his followers? Amazingly, he seems to respond very positively at first. He listens to Philip's preaching, and he believes and is baptized

Then, the apostles come to town and begin laying hands on these new believers to give them the gift of the Holy Spirit. This was an important step in bringing the Gospel to the Samaritans, as God confirmed His blessing of salvation with the gift of the Holy Spirit. Later, we'll see Peter doing the same thing in the household of Cornelius, as the Gospel makes a break-through to Gentiles.

Simon sees the ability of the apostles to lay hands and give the gift of the Holy Spirit and now he is provoked to jealousy and covetousness. Philip's abilities were impressive enough, but this was something Simon must have for himself. He tries to buy this power from the apostles and is rejected in the strongest possible way, as Peter says:

“May your silver perish with you, because you thought you could obtain the gift of God with money! You have neither part nor lot in this matter, for your heart is not right before God. Repent, therefore, of this wickedness of yours, and pray to the Lord that, if possible, the intent of your heart may be forgiven you. For I see that you are in the gall of bitterness and in the bond of iniquity.” (vv. 20-23)

Why did Simon want to buy this power? Because he coveted the apostles' ministry. His thinking reflected "the gall of bitterness and the bond of iniquity" because he thought only from a self-centered human perspective. He thought he could buy the gift of God with money. 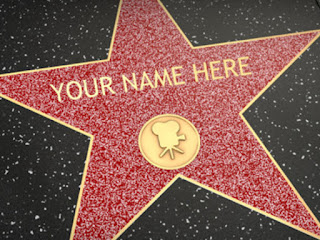 What about us? Do we ever covet someone else's ministry or gifts? Do we ever wish we had a bigger church or had greater gifts or a more impressive following? What does spiritual envy and ministry coveting say about our hearts? Could we, too,be "in the gall of bitterness and the bond of iniquity"? Another way to ask ourselves this question is this: Whose name are we trying to make great? Do we rejoice to see people following and praising Jesus, or are we only happy if they're doing that through our ministry or our influence?

Heavenly Father, we thank You that by Your grace we have received the greatest gift of all, redemption through You Son, Jesus Christ, bringing us eternal life and the full forgiveness of our sins. Please forgive us when we get envious of the gifts or ministries of others. Please cleanse our hearts of such bitterness and ingratitude. May we be focused entirely on making the name of Jesus great and not our own. In His name we pray, Amen.

Heavenly Father,
You say that a false balance is an abomination to You,
but that You delight in a just weight,
so let us be fair and just in all of our dealings with others,
that we may bring You delight.
Lord, humble us and keep us from pride,
for when pride comes, then comes disgrace,
but with the humble is wisdom.
Father, be our integrity and guide is,
for the integrity of the upright guides them,
but the crookedness of the treacherous destroys them.
Lord, we know that riches do not profit in the day of wrath,
but righteousness delivers from death,
.
Since the righteousness of the blameless keeps his way straight,
.keep us in Christ, who is our righteousness and who makes our way strsight.
Christ our righteousness makes us upright  and delivers us,
so guard our hearts and minds in Him, keeping us from being taken captive by lust.
When the wicked dies, his hope will perish,
and the expectation of wealth perishes too,
so we thank You that You deliver us from trouble,
and we are safe in Your hands.
Lord, let us never use our mouths to hurt or destroy our neighbors,
but deliver us from the destructive power of the tongue.

Father, we know that when it goes well with the righteous, the city rejoices,
and when the wicked perish there are shouts of gladness,
so Father, establish the way of Your people for the good of our land,
for by the blessing of the upright a city is exalted,
but by the mouth of the wicked it is overthrown.