As they went out, the people begged that these things might be told them the next Sabbath. And after the meeting of the synagogue broke up, many Jews and devout converts to Judaism followed Paul and Barnabas, who, as they spoke with them, urged them to continue in the grace of God.


How Should the Gospel Be Presented to Jewish People? 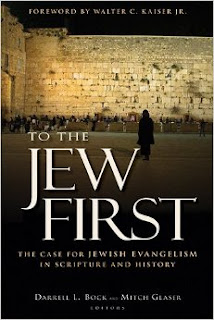 4. Direct quotation of specific promises of Scripture, demonstrating their fulfillment in Christ. Paul didn't just made reference to the broad outline of Jewish history or the covenant promises, both of which are important. He went further and directly quoted from Psalms that were fulfilled in Jesus. 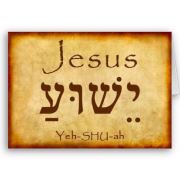 These five elements are a good guide for us to consider when we have opportunity to share the Gospel with Jewish people, but they're also helpful for sharing the Gospel well with anyone. We need to demonstrate an understanding of history, of God's covenant promises, of the details of the ministry and work of Christ, and of the promises of Scripture. But we cannot just be demonstrating our knowledge; we must also be calling for a response. People must accept God's promises as they are fulfilled in Christ. They must receive Christ to be forgiven and freed.

Heavenly Father, when we have opportunity to share the Gospel with someone, it is a precious gift. Let us not squander the opportunity by being unprepared or unwilling to tell the whole truth. Give us opportunities to witness and prepare us to witness well. In Jesus' name, Amen.

An oracle is on the lips of a king;
his mouth does not sin in judgment.
A just balance and scales are the Lord's;
all the weights in the bag are his work.
It is an abomination to kings to do evil,
for the throne is established by righteousness.
Righteous lips are the delight of a king,
and he loves him who speaks what is right.
A king's wrath is a messenger of death,
and a wise man will appease it.
In the light of a king's face there is life,
and his favor is like the clouds that bring the spring rain.
Heavenly Father, we see in Your word the importance of having wise and just rulers,
and so we pray for those who rule over us,
that You would give them Your word, Your justice, and Your righteousness to guide them.
Lord, keep our rulers and leaders from doing evil and from being deceived by those closest to them.
Give our leaders Your favor, that they may govern well.
Father, help us to lead well in our homes and neighborhoods and workplaces, too.

How much better to get wisdom than gold!
To get understanding is to be chosen rather than silver.
The highway of the upright turns aside from evil;
whoever guards his way preserves his life.
Pride goes before destruction,
and a haughty spirit before a fall.
Father, Your wisdom is a priceless gift,
worth more than anything this world could ever offer us.
We thank You for guarding our way by Your Holy Spirit,
and we ask that You give us discernment that we may walk wisely.
Keep us from the foolishness of sinful pride,
and let us humbly look to You in every aspect of our lives.
In Jesus' name, Amen.
Posted by Jason A. Van Bemmel at 4:30 AM