What Does It Take to Be Valuable to God's Work?

I commend to you our sister Phoebe, a servant of the church at Cenchreae, that you may welcome her in the Lord in a way worthy of the saints, and help her in whatever she may need from you, for she has been a patron of many and of myself as well. - Romans 16:1-2, ESV 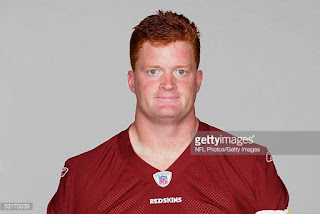 Who are the really valuable people in God's kingdom? A new ESPN commercial features Rex Ryan interviewing a guy named Matt who was "the starting holder" for the Green Bay Packers. Rex Ryan says at one point, "I asked Brett Favre about you and he said he doesn't remember you." No one remembers who the holders in the NFL are, right? Washington Redskins long-snapper Ethan Albright (who some people think looks like me?) made headlines years ago because Madden rated him as the worst player in the NFL, and he responded by writing a nasty letter to John Madden complaining about his rating. The irony is that being dissed by Madden is the only reason why anyone remembers Ethan Albright today.

The last chapter of Romans is full of people most of us could not name off the top of our heads. They are celebrated and remembered by Paul and by the Lord, though, because they were faithful:
Every church is fueled by those who pray, serve, love, work hard, show up early, stay late, set up, clean up, help out, greet, welcome, encourage, bless, feed, host, teach, fix, sing, play, etc. These are all faithful members of the body of Christ, and all it takes to be valuable in the kingdom of God is to be faithful to the calling and gifting God has given you.

Together, God uses all of us to exalt the name of Jesus, build up His people and advance His kingdom on earth. We are all part of His team, and no one is unimportant.