How Does Jesus Treat the Outsider and the Hopeless?
And they were astonished beyond measure, saying, “He has done all things well. He even makes the deaf hear and the mute speak.” - Mark 7:37, ESV

Jesus is known as the "friend of sinners," which was intended as an insult against Him. (see Matthew 11:19 & Luke 7:34) Yesterday, we explored how Jesus ran into conflict with the religious leaders in Jerusalem over the issue of human traditions. Another reason why Jesus was rejected and despised by the leadership in Israel was because He did not chose to bless the "right kind" of people. 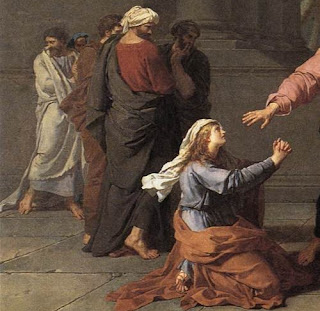 In today's passage, we see Jesus with an outsider and with a hopeless man. We see the power, wisdom and compassion of Jesus on full display. First a Gentile woman, a non-Jew outsider, has a demon-possessed daughter who needs deliverance. At first Jesus' response to her seems cold, unfeeling, even harsh. But He was actually drawing out her humility and faith for public display and commendation. He was teaching His disciples that humility and faith are more important than ethnicity.

Then, we see Jesus in the area of the Decapolis, a heavily Gentile--influenced area in the north of Israel. Here He encounters a man who is deaf and mute, a difficult combination that was considered impossible to heal. Whereas Jesus had cast the demon from the Gentile woman's daughter from a distance, here Jesus gets very hands-on with this man. He takes him aside privately, puts His fingers in the man's ears, spits, touches his tongue and says, "Ephphatha! (Be opened!)"

Jesus could have healed this man from a distance or with a word, but He did not. Jesus almost never healed people in the same way. He was as unpredictable as He was powerful, which made Him dangerous, impossible to either predict or control. But Jesus' power is matched only by His compassion. He healed the deaf and mute man completely, enabling him to hear and speak plainly.

Jesus welcomes the most needy among us, Those who have been hurt, rejected, cast out, left alone, lost hope. Jesus reaches out in different ways, through different means. He calls people to life, to forgiveness, to healing, to restoration and reconciliation with God. And today, He most often does so through His people, who speak His word and pray for the lost, the outcast, the hopeless. 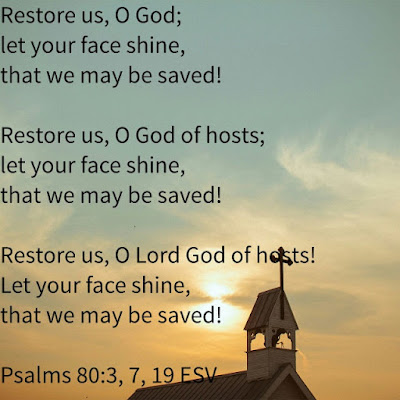 We are Your people, chosen in love and redeemed in Christ. We are Your church, the place where You dwell. We are Your children, the ones You have adopted and given Your own name. Yet, O Lord, look at Your household! Look upon Your people! In America, we are lukewarm, compromised, cowardly, crooked and divided. In other parts of the world, we are violently persecuted, outlawed, harassed and suffering. Have mercy on us! Be gracious to us! Restore us!