What Should our Attitude Toward Money Be?
"Then Judas Iscariot, who was one of the twelve, went to the chief priests in order to betray him to them. And when they heard it, they were glad and promised to give him money. And he sought an opportunity to betray him." - Mark 14:10-11, ESV

Some people love money and will do almost anything to earn it. Other people see money as evil and think it should all be given away as soon as we get it. Still others see money as a tool, to be used to accomplish what you want. Which of these attitudes is right? Is any of them right?

In today's passage, we can see three different people's attitudes toward their wealth: 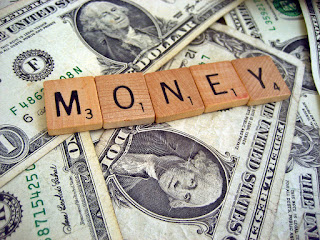 1. Judas Iscariot loved money. John 12:6 tells us that Judas was the one who objected most strongly to the "waste" of the alabaster jar of ointment. John tells us that Judas' concern was not for the poor but "because he was a thief, and having charge of the moneybag he used to help himself to what was put into it." We know that the love of money is the root of all kinds of evil (1 Tim. 6:10). So we can see in Judas Iscariot an example of what happens when the love of money controls someone's life. Judas goes from stealing to lying to betraying the Lord to deep despair and suicide, all driven by the love of money.

2. The chief priests used money to advance their selfish agenda. The chief priests knew how to make money. Their whole money-making operation in the Temple was confronted by Jesus when He drove out the money-changers. They made money for a purpose, though: They used their wealth to advance their agendas and secure their positions of power. They were more consumed with pride and power than with money itself. They were happy to pay Judas money to get what they wanted, to get rid of Jesus.

3. Mary of Bethany, the sister of Lazarus, used her wealth to worship and serve Jesus. The woman with the alabaster jar is not named in Mark's Gospel, but we know she is Mary, the sister of Martha and Lazarus. She takes a very expensive jar of ointment, worth a year's wages, and "wastes" is on Jesus. While the disciples rebuke such waste, Jesus commends her for anointing His body for burial. This would be the only anointing Jesus' body would receive. Mary would come to Jesus' tomb to anoint Him, but He would not be there.

From these three people, we can see clearly that money is not an end in itself. It is not to be the object of our desires and affection. The love of money will destroy us. Money is also not to be a tool to advance our selfish desires for pride and power. To the world, these are the only possible options for money.

Some people, reacting against this, think that money itself is evil and that having money is wrong. Jesus never says this. Money is a gift from God and is to be used for God, to advance His kingdom, serve His purposes and worship Him. In this way, money is a tool, but not to serve us. Like everything in our lives, it is a means of serving Him!

Prayer Based on Psalm 93:

You reign, O Lord; You are robed in majesty;
You have put on strength as Your belt.
Yes, the world is established; it shall never be moved.
Your throne is established from of old;
You are from everlasting.