Do therefore what we tell you. We have four men who are under a vow; take these men and purify yourself along with them and pay their expenses, so that they may shave their heads. Thus all will know that there is nothing in what they have been told about you, but that you yourself also live in observance of the law. - Acts 21:23-24, ESV


Why Was Paul Trying to Prove that He Kept the Law? 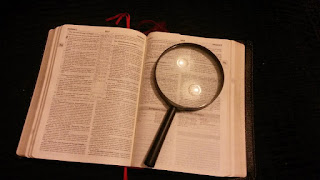 I have a confession to make: This section of Acts has been one of the most confusing sections of Scripture to me for years. Along with yesterday's text, where it almost seems like Paul is going against the Holy Spirit in going to Jerusalem, today's text has puzzled me: Why is Paul, now in Jerusalem, going to such extraordinary lengths to demonstrate to his fellow Jews that he lives "in observance of the law," when he had written to the Romans and had said, "For Christ is the end of the law for righteousness to everyone who believes."? (Rom. 10:4)

Has Paul lost his mind? Has he compromised his witness? Hasn't he been teaching for years that no one can keep the law and that the law only condemns and never justifies? Is he being inconsistent out of fear?

I don't think that's how we need to see Paul's actions here in Acts 21. James, the brother of Jesus, and the other elders in Jerusalem were deeply concerned: The rumors circulating about Paul were to the effect that he was leading faithful Jews away from the law of Moses and that the Gospel Paul preached undermined the Torah. Zealous Jews were so outraged by this that they were willing to violently persecute the church for blaspheming against God's word.

It is important for us to understand that God's word does not contradict itself. Jesus does not come along to nullify Moses. In fact, Jesus said, "Do not think that I have come to abolish the Law or the Prophets; I have not come to abolish them but to fulfill them." (Matt. 5:17) And when Paul wrote Romans 10:4, he did not mean that Christ cancels the law but that He is the proper end or goal ("telos") of the law. It is a serious false teaching to uphold that the Gospel nullifies the Law.

Finally, Paul has elsewhere emphasized the important of cultural accommodation for the sake of the Gospel. Christians must not be offensive. In 1 Corinthians 9:19-23, Paul wrote:

Paul was willing to humble himself and submit to elements of the ceremonial law that were no longer binding on believers because he did not want to cause offense and wanted to reach his fellow Jews with the Gospel. We should always be willing to bend over backwards to accommodate ourselves to the feelings of others for the sake of the Gospel, just like Paul was doing here in this passage.

Heavenly Father, we love You and we thank You for loving us and giving us eternal life in Your Son. We thank You that we have the privilege of taking Your Gospel to those in need. We ask that You would equip us with wisdom and grace to be faithful and sensitive ambassadors for You in this world. In Jesus' name, Amen.

The devising of folly is sin,
and the scoffer is an abomination to mankind.
Father, our hearts are prone to foolish and selfish ways,
keep us by Your grace from devising folly or from scoffing truth or righteousness.

If you faint in the day of adversity,
your strength is small.
Rescue those who are being taken away to death;
hold back those who are stumbling to the slaughter.
If you say, “Behold, we did not know this,”
does not he who weighs the heart perceive it?
Does not he who keeps watch over your soul know it,
and will he not repay man according to his work?
Lord, we are thankful that we see much good in this life,
but we also know we face much adversity.
We need You to give our hearts courage and faithfulness,
so we may rescue the perishing and save the stumbling,
and that our hearts may be faithful to You.

My son, eat honey, for it is good,
and the drippings of the honeycomb are sweet to your taste.
Know that wisdom is such to your soul;
if you find it, there will be a future,
and your hope will not be cut off.
Father, how wonderful wisdom truly is,
and how much we need Your counsel for our souls.

Lie not in wait as a wicked man against the dwelling of the righteous;
do no violence to his home;
for the righteous falls seven times and rises again,
but the wicked stumble in times of calamity.
Lord, let us always have confidence in You,
for You are our shield and protector.
In Jesus' name, Amen.
Posted by Jason A. Van Bemmel at 10:55 PM