But when the tenants saw him, they said to themselves, ‘This is the heir. Let us kill him, so that the inheritance may be ours.’ And they threw him out of the vineyard and killed him. 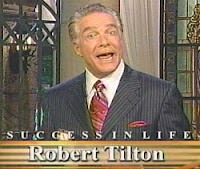 Religion has a bad name in our culture, and some of that reputation is deserved. Of course, it's not really fair to classify all people in any category with the same label. After all, even politicians and used car salesmen have honest people among their number. But Jesus certainly had His run-ins with bad religious leaders. In fact, most of His serious confrontations of sin were with respectable religious leaders. In the end, it was these religious leaders who conspired together to have Him killed.

In today's passage, we can see the characteristics of bad religious leaders: 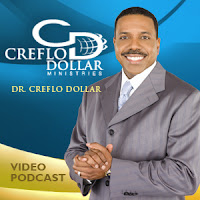 1. They care more about political power or money than about truth. The religious leaders tried to get Jesus to tell them "by what authority" He did what He did (v. 2). They wanted to know who gave Him His power and authority, Jesus responded by asking them about John the Baptist, whether his baptism came from heaven or not (v. 3). They refused to answer, not because they didn't have an opinion, but because they feared the crowds (v. 6). Men who respect only power and not truth act out of manipulation and calculation and not sincerely.

2. They feel an undue sense of ownership over their religious organization. They believe the church is their church and the flock is their flock. This was the problem with the tenants of the vineyard in Jesus' parable (vv. 9-17). They thought the vineyard was theirs to claim for themselves and had forgotten that they were merely caretakers, accountable to the master.

3. They pretend to be sincere, but it's just a manipulation tactic. After Jesus told the parable of the vineyard tenants against the religious leaders, they began trying to manipulate Him into making a mistake and losing the favor of the people. They made a pretense of sincerity, but it was a mask covering their true intentions.

So, how can you know whether a religious leader has these qualities? Watch. See what they do and why they do it. See what they really value and why they value it. With people who are trained in words, like politicians and preachers, their actions matter more than their talk.

All kinds of people care about political power and have an undue sense of ownership. All kinds of people are also capable of manipulation. All people who are politically motivated, entitled and insincere are potentially dangerous, but religious leaders seem to be especially so. Why? What makes them so dangerous?

It's one thing to be political, entitled and manipulative with business decisions or political agendas or products for sale; it's a much more serious and wicked matter to treat spiritual truth this way. To play fast and loose with legislation to advantage your supporters is bad, but to play fast and loose with the word of God in order to win the favor of people and enrich your bank account is an evil beyond that of salesmen and politicians.

This is why crooked religious leaders are so dangerous: They take the most precious truths and use them to exalt and advance themselves. Thus, there is no fear of God in their hearts and they are capable of doing almost anything to get their way - even if it means crucifying the Son of God!

But religious leaders are not all bad. Jesus was a religious leader, and He laid down His life in love for His followers. He appointed His apostles and sent them out to the world. They were sincere, dedicated and loving. They gave up worldly possessions and positions in order to spread the truth and bless others.

So, perhaps the best test of religious leaders is this: Do they resemble Jesus and His apostles or do they resemble the Pharisees? Remember, "The stone that the builders rejected became the chief cornerstone." Are we willing to share in His rejection that we might align to His foundation?

Psalm 137 is one of the most challenging, stark imprecatory psalms. It is shocking in its boldness and honesty. I believe we can pray all the psalms in a way that honors Christ & the Gospel. Here are some articles from the Gospel Coalition that can help us think better about how to pray these kinds of psalms:

Should We Pray the Imprecatory Psalms?

Lord, when I think of some of the ugly injustices that have been committed against Your beloved people, it makes me sick. Honestly, it makes me angry. I can't stand to see ISIS beheading Christians on the shores of Libya or to hear of Boko Haram kidnapping, raping and brainwashing young Christian women. It enrages me with a holy anger that desires the protection of Your people and Your justice on their evil enemies. I know You call me to love my enemies and to bless those who persecute us and to pray for those who despise us, but at times it is hard, very hard, for me to pray anything at all.

Lord, You are the righteous Judge and the King of all the earth. You are also the loving Father and Protector of Your people. Yet we see and hear and know of such atrocities that deeply disturb our sensibilities and sometimes make our worship painful and difficult.

Lord, have mercy! Lord, protect Your people! Lord, advance Your Gospel. Change the hearts of those who hate You and hate Your people. Bring them to repentance or remove them from their positions of power. Thank You that nothing people can do to Your people can touch our salvation or harm our souls. Thank You that we are always and ever in Your care. May the blood of Your martyrs never be wasted but make it effective in advancing the cause of Christ in the world.