So they called them and charged them not to speak or teach at all in the name of Jesus. But Peter and John answered them, “Whether it is right in the sight of God to listen to you rather than to God, you must judge,  for we cannot but speak of what we have seen and heard.” - Acts 4:18-20, ESV

How Should We Handle Opposition to the Gospel? 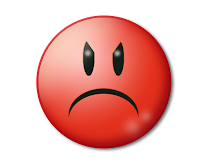 The assembled crowds may have been astonished and delighted by the miraculous healing of the lame man, but the rulers of the Jews felt very differently. The authorities were "greatly annoyed" and arrested Peter and John, putting them in jail until a trial could be held the next day. Yet even as these two apostles sat in jail, as many as 2,000 more people were added to the church by faith in Jesus.

Peter was then given his third opportunity to speak, this time to the most hostile audience yet. On Pentecost, when the Holy Spirit came, Peter preached to a crowd of confused people, wondering what was happening. In the Temple, Peter preached to an astonished crowd, praising God for a great miracle. Peter's first two public evangelistic sermons saw the Jerusalem church grow to 5,000 people. Now he faced an angry, suspicious council. The looks on the faces in front of him was not confusion or joy but bitter resentment, anger and hostility. What would Peter do?

Peter's sermon to the Sanhedrin is the shortest of the three messages in these early chapters, but it is as direct and clear as the other two:

“Rulers of the people and elders, if we are being examined today concerning a good deed done to a crippled man, by what means this man has been healed, let it be known to all of you and to all the people of Israel that by the name of Jesus Christ of Nazareth, whom you crucified, whom God raised from the dead—by him this man is standing before you well. This Jesus is the stone that was rejected by you, the builders, which has become the cornerstone. And there is salvation in no one else, for there is no other name under heaven given among men by which we must be saved.” - Acts 4:8-12, ESV

Peter's boldness and eloquence stunned the council. They had probably expected Peter the uneducated fisherman from Galilee to be stammering, stumbling, apologizing and pleading. Instead they found him eloquent, bold, clear, uncompromising and learned in the Scriptures. They had nothing to say. The man who had been healed was standing right in front of them. They all knew he had been lame, so they couldn't deny the truth of the miracle.

Out of options, the frustrated council threatened Peter and John and warned them never to speak again in public in the name of Jesus. These men might have considered themselves lucky to escape more serious punishment. After all, this was the very same governing body which had condemned their Lord to death less than two months ago. But Peter and John were still bold. They knew they dared not disobey God's call just to obey human authority, and so they said as much boldly.

Father, we must be attentive to Your words;
and we need You to incline our ears to listen to Your sayings.
Let them never escape from our sight;
keep them within our hearts,
safe from the distractions of the world and our flesh.
For Your words alone are life to those who find them,
and healing to all their flesh.
Father, give us the grace to keep our hearts with all vigilance,
for from them flow the springs of life.
May we put away crooked speech,
and put devious talk far from our minds and mouths.
Let our eyes look directly forward,
and our gaze be straight before us.
As we ponder the path of our feet,
may all our ways be sure, according to Your word.
Let us not swerve to the right or to the left;

turn our feet away from evil and always toward righteousnes.
In Jesus' name, Amen.
Posted by Jason A. Van Bemmel at 4:30 AM