But Peter said, “By no means, Lord; for I have never eaten anything that is common or unclean.” And the voice came to him again a second time, “What God has made clean, do not call common.”


Are We Guilty of Calling "Unclean" What God Has Made Clean?

Peter had a problem: He had been conditioned since birth to regard all Non-Jews as "unclean" or "common." He had been conditioned by years of social programming never to enter a Gentile home, never to eat with a gentile and never to look at Gentiles as belonging in the same category as Jewish people. God had not set these rules. They were a matter of social custom among observant Jews.

Jesus had taught Peter several different times how wrong-headed his social conditioning was:

Peter and the other apostles had not picked up on the significance of these words and actions of Jesus, and so the early church was exclusively a Jewish affair for a few years. In order to open Peter's eyes and soften his heart toward the Gentiles, God gave Peter a vision of a sheet of unclean animals being lowered from heaven with the invitation to arise, kill and eat the animals. Peter objected, thinking it was a test, and God responded to his objection by saying, "What God has made clean, do not call common."

Peter's thinking was so deeply ingrained that Jesus had to speak to him in this way three times. Finally, Peter understood that he had been categorically dismissing people as somehow unworthy of God's love. 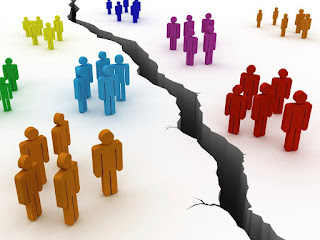 Are we guilty of doing the same? Most of us would not consider ourselves racists, but are there categories of people we simply dismiss as unreachable? For some of us, that may be atheists, liberals, Muslims or criminals. For others, it may be Republicans, whites, rich people or celebrities. Have we called "unclean" people God created in His own image, including some for whom Christ died? We need to search our hearts and repent of our prejudices.

Heavenly Father, You have made all people in Your image. When Your church is gathered at the end of the world, people from every tribe, tongue, people and nation will gather around Your throne in praise to the Lamb of God. Please change our hearts and forgive us for any prejudiced attitude we have toward anyone. Give us love for all people. In Jesus' name, Amen.


A desire fulfilled is sweet to the soul,
but to turn away from evil is an abomination to fools.
Whoever walks with the wise becomes wise,
but the companion of fools will suffer harm.
Disaster pursues sinners,
but the righteous are rewarded with good.
Heavenly Father, teach us to walk with the wise that we may be wise,
and train us to shun the company and influence of those who mock You and manipulate Your truth.
May we treat all people with love and compassion,
but may we be careful to guard our hearts from the influence of Your enemies.

A good man leaves an inheritance to his children's children,
but the sinner's wealth is laid up for the righteous.
The fallow ground of the poor would yield much food,
but it is swept away through injustice.
Father, teach us to be truly diligent and wise in our work,
that we may leave a blessing to those who follow after us,
and not to waste the good resources You have entrusted to our care.

Whoever spares the rod hates his son,
but he who loves him is diligent to discipline him.
Lord, give us the wisdom and the self-control to discipline our children well,
for we confess that we are tempted to be lazy and selfish in our discipline of our children.
We need Your Spirit to empower and guide us according to Your word.

The righteous has enough to satisfy his appetite,
but the belly of the wicked suffers want.
Lord, we know You will provide for our every true need,
and that You withhold no good thing from Your children.
Give us the faith to trust in You!
In Jesus' name, Amen.
Posted by Jason A. Van Bemmel at 4:30 AM