When Peter entered, Cornelius met him and fell down at his feet and worshiped him. But Peter lifted him up, saying, “Stand up; I too am a man.” - Acts 10:25-26

Are We Sometimes Tempted to Worship the Wrong Person?

Several years ago, celebrity pastor Carl Trueman raised a bit of a fuss at the Together for the Gospel (T4G) conference by commenting on the cultural phenomonon of celebrity pastors. Later, Trueman clarified that his main concern was "was the distasteful self-promotion and the cultivation of cults of personality which it seemed to involve." He raised some important issues and concerns, while also stirring up a bit of controversy in the process. 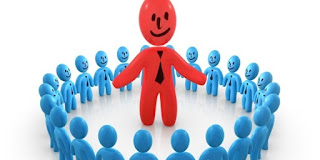 Celebrity pastors are not a new phenomenon. Charles Spurgeon was a celebrity pastor in his day. So were both Martin Luther and John Calvin, who hosted numerous pastors and theologians who travelled across Europe to spend time with them and learn from them. In fact, the apostles themselves were "celebrity pastors" in their day, but how they handled it was very instructive for us today.

It's easy for any of us to greatlt admire the men of God who have influenced us, taught us, led us to Christ, led us into sound doctrine or in some other way blessed our lives. It's natural to be thankful to God for the gift of such gifted men who have written books, led conferences, preached sound sermons, taught great courses, etc. I myself am greatly indebted to Mr. Spurgeon, R.C. Sproul, James Boice, C.S. Lewis, J.I. Packer, John Piper, John Owe, John Calvin, Richard Rushing and others who have taught, inspired and corrected me through their books and sermons. I am currently thoroughly enjoying and benefitting from Carl Trueman's book, Luther on the Christian Life, thus benefitting from two men of God at the same time.

How do we know when we're crossing the line and starting to inappropriately worship these fallible men who were and are but instruments in the Lord's hands? Few of us would be tempted to do what Cornelius did and literally fall down at the feet of these men and begin to openly worship them, but are we tempted to do so in more subtle ways? Yes, we are, and here are four key signs that we're drifting in that direction:

1. When "Pastor __________ said" begins to replace "The Lord said." Pastors can and should help us understand God's word better, but it is the word of God which holds the authority for the believer, not the word of any pastor.

2. When we begin to dress, act or talk like Pastor ___________. Imitation is the sincerest form of flattery, but we need to be careful how much we are flattering mere men or patterning our lives after them. The apostle Paul could say, "Imitate me, as I imitate Christ," but what he meant was for people to imitate just the Christ-like or the Christ-imitating parts of his life, not everything he did and said.

3. When we get angry or defensive when people criticize Pastor __________. Now people should not gossip and slander anyone, let alone an elder in Christ's church. However, all men are fallible and subject to critique. We should not be so quick to defend and we definitely should not get angry when our favorite pastor comes up for some close scrutiny.

4. When Pastor __________ replaces your local church fellowship and your pastor. God desires for all of His people to be in fellowship in a local body of believers and to be under the authority and oversight of real elders who know us and whom we know. This local church context cannot be replaced by a celebrity pastor and his books or recorded sermons.

Pastors who are in the public eye should follow Peter's example when he reached out to Cornelius and said, “Stand up; I too am a man.” They should be humble, teachable, accountable, and willing to correct people who place them on a pedestal.

Heavenly Father, You alone are worthy of all of our worship. Your glory should be the goal of our lives. We are thankful for able and faithful men of God who teach Your word and shepherd Your people. Let us be thankful but never make an idol out of a mere man. May we always seek to hear Your word, imitate Your ways and submit to Your authority. In Jesus' name, Amen.


Celebrity Pastor: Indecent Exposure? from Together for the Gospel (T4G) on Vimeo.

The wisest of women builds her house,
but folly with her own hands tears it down.
Whoever walks in uprightness fears the Lord,
but he who is devious in his ways despises him.
Heavenly Father, give us the grace to walk in wisdom,
working hard with our hands to build and secure what You give us, for Your glory.
Father, may we walk in uprightness of heart
and never act deviously.

By the mouth of a fool comes a rod for his back,
but the lips of the wise will preserve them.
Lord, guard our lips from folly,
and make our words seasoned with grace to bless those who hear.

Where there are no oxen, the manger is clean,
but abundant crops come by the strength of the ox.
Father, thank Your for Your abundant provision;
Your genersity is wonderful and we are blessed beyond what we know.
May we be good stewards of the things You've given to our care,
working to feed and bless those who are struggling.

A faithful witness does not lie,
but a false witness breathes out lies.
A scoffer seeks wisdom in vain,
but knowledge is easy for a man of understanding.
Leave the presence of a fool,
for there you do not meet words of knowledge.
Lord, may our words reflect the knowledge of You found in Your word
and not the scoffing attitude or deceitful lies of the world.

The wisdom of the prudent is to discern his way,
but the folly of fools is deceiving.
Father, give us discernment and pridence, that we may walk in Your ways.

Fools mock at the guilt offering,
but the upright enjoy acceptance.
Lord, we see so many people who mock Christ and His cross;
give us reverence and acceptance of what Christ has done for us and for our salvation.
We pray for Your will according to Your word, in Jesus' name, Amen.
Posted by Jason A. Van Bemmel at 2:26 PM