But Jews came from Antioch and Iconium, and having persuaded the crowds, they stoned Paul and dragged him out of the city, supposing that he was dead. - Acts 14:19, ESV

At the end of Friday's passage, Paul and Barnabas had to restrain the crowds in Lystra from offering sacrifices to them as gods. In today's passage, the crowds stone Paul and drag him out of the city, leaving him for dead.

Luke does not clearly tell us whether Paul actually died, so that when he "rose up," he actually came back from the dead, or whether he was merely knocked unconscious by a rock and left for dead. However, most Bible scholars agree that Paul's reference to a man who died and visited heaven in 2 Corinthians 12 most likely refers to himself in this incident outside Lystra, where the dead body of the Apostle Paul was dragged and left until the disciples gathered to pray and his life was restored.

Here the Apostle Paul sets a wonderful example of faithfulness for us. In the course of a relatively short period of time, Paul has . . .


So, if all of this happened to you on a missions trip, how would you respond? Most of us would probably pack our bags and head for home. This is so much more than we bargained for. What that reaction reveals is that we subconsciously make subtle deals with God, negotiating in our minds how much we're willing to do and to suffer for the sake of Jesus. Clearly, Paul had no such mental reservations or self-interested calculations. He was faithful. 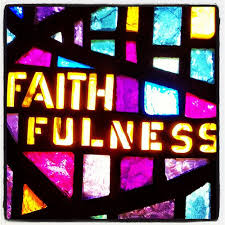 Paul got up and walked back into the city. He re-entered the city where he had been stoned. Then, the next day, he and Barnabas went on to the next town, preaching in Derbe before returning to Lystra and to Iconium. We need to stop and let these brief phrases sink into our hearts:


In those short phrases are the very demonstrations of Gospel faithfulness. Faithfulness continues in the service of God, unwavering and uncompromising, whatever the opposition. Such faithfulness is only possible as we are empowered by the Holy Spirit, but this is the calling of every believer. This is what Jesus meant when He said that we must take up our cross daily and follow Him.

Heavenly Father, empower us today by Your Holy Spirit to serve You with faithfulness, no matter the obstacles or opposition. Give us the strength of conviction, the clarity of understanding and the courage of character to stand for Christ in a world of hostility. In Jesus' name, Amen.

A rebuke goes deeper into a man of understanding
than a hundred blows into a fool.
An evil man seeks only rebellion,
and a cruel messenger will be sent against him.
Let a man meet a she-bear robbed of her cubs
rather than a fool in his folly.
Heavenly Father, we know that both evil and folly lie in our hearts,
and we need Your Holy Spirit to save and sanctify us from these influences.
Make us responsive to the word of rebuke that You give,
and let us willingly submit to Your will and wisdom in loving obedience.

If anyone returns evil for good,
evil will not depart from his house.
The beginning of strife is like letting out water,
so quit before the quarrel breaks out.
He who justifies the wicked and he who condemns the righteous
are both alike an abomination to the Lord.
Why should a fool have money in his hand to buy wisdom
when he has no sense?
Lord, let us never return evil for good,
nor even to return evil for evil,
but let us always seek to do good, to bless and not to curse.
Make us peacemakers and truth-tellers today.

A friend loves at all times,
and a brother is born for adversity.
One who lacks sense gives a pledge
and puts up security in the presence of his neighbor.
Whoever loves transgression loves strife;

he who makes his door high seeks destruction.
Father, give us the fruit of Your Spirit to love others
and the wisdom from Your Spirit to walk in wisdom before You.
In Jesus' name, Amen.
Posted by Jason A. Van Bemmel at 8:10 AM