Paul's Example: "You yourselves know how I lived among you the whole time from the first day that I set foot in Asia, serving the Lord with all humility and with tears and with trials that happened to me through the plots of the Jews; how I did not shrink from declaring to you anything that was profitable, and teaching you in public and from house to house, testifying both to Jews and to Greeks of repentance toward God and of faith in our Lord Jesus Christ. . . Therefore I testify to you this day that I am innocent of the blood of all, for I did not shrink from declaring to you the whole counsel of God." - Acts 20:18-21, 26-27, ESV

Paul's Charge: "Pay careful attention to yourselves and to all the flock, in which the Holy Spirit has made you overseers, to care for the church of God, which he obtained with his own blood. I know that after my departure fierce wolves will come in among you, not sparing the flock; and from among your own selves will arise men speaking twisted things, to draw away the disciples after them. Therefore be alert . . . " - Acts 20:28-31, ESV


What are the Obligations of a Faithful Shepherd?

While Paul's urgent desire to be in Jerusalem in time for Pentecost prevented him from visiting Ephesus in person, his love for the Ephesian church led him to send for their elders while he was close-by in Miletus. Paul knows he is heading for danger in Jerusalem. He has faced stiff opposition from Jewish leaders in every city he has visited, so he knows Jerusalem will be hostile. He's not sure if he will ever see the Ephesian church again. 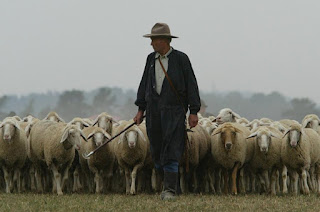 So, what is on Paul's heart as he says good-bye to the Ephesian elders and heads toward danger in Jerusalem? He wants to remind them of the good example he set for them and to urge them to follow his example themselves. In this remarkable farewell address from the Apostle Paul, we essentially see the close of his public ministry in the book of Acts. We also hear his heart as a shepherd training other shepherds in shepherding the flock of God.

According to Paul a faithful shepherd must . . .

. . . be humble. Paul served the Lord with all humility. He also calls the elders to pay careful attention to themselves first, even before paying attention to the flock. A faithful shepherd never asks for more of the flock than he asks of himself. He never sends the flock where he himself is not willing to go. He guards his own heart and life (by God's grace) even more zealously than he guards the flock.

. . . be earnest and zealous. Paul served with tears, and now he calls the elders to pay careful attention to the flock. He has such an earnest zeal and calls the elders to the same. Shepherding the people of God is not a game and should not be done flippantly, selfishly or foolishly.

. . . guard the flock against the wolves. Wolves come against the flock from without; they also rise from within. A good shepherd guards against both. This means teaching about errors in the broader church and culture, as well as being willing to confront and discipline anyone spreading error within the church.

Heavenly Father, make Your pastors and elders faithful shepherds. Make us humble, keeping watch over our lives and our lips. Make us earnest and zealous for Your people, the flock You purchased with the blood of Your Son. Give us the wisdom and courage to teach Your whole counsel, all that is profitable to Your people. And make us aware of and prepared to confront ravenous wolves bent on destroying the flock. In Jesus' name, Amen.

Who has woe? Who has sorrow?
Who has strife? Who has complaining?
Who has wounds without cause?
Who has redness of eyes?
Those who tarry long over wine;
those who go to try mixed wine.
Do not look at wine when it is red,
when it sparkles in the cup
and goes down smoothly.
In the end it bites like a serpent
and stings like an adder.
Your eyes will see strange things,
and your heart utter perverse things.
You will be like one who lies down in the midst of the sea,
like one who lies on the top of a mast.
“They struck me,” you will say, “but I was not hurt;
they beat me, but I did not feel it.
When shall I awake?
I must have another drink.”

Heavenly Father, You alone must be our Lord and Master. We know our hearts are wicked and we can be foolish, so guard us and keep us from any addiction that would enslave, any besetting sin that would ensnare. May we never be controlled by anything but Your Holy Spirit. Free us to walk with You in love. In Jesus' name, Amen.
Posted by Jason A. Van Bemmel at 4:30 AM