And as he reasoned about righteousness and self-control and the coming judgment, Felix was alarmed and said, “Go away for the present. When I get an opportunity I will summon you.”


Why Do Some People Get Upset When They Hear the Gospel?

Felix's name meant lucky, successful or even happy. But when he heard the Gospel from the Apostle Paul, he was not any of these things. He was alarmed. Some people get upset when they hear the Gospel clearly presented, getting angry or hurt or scared. Why? 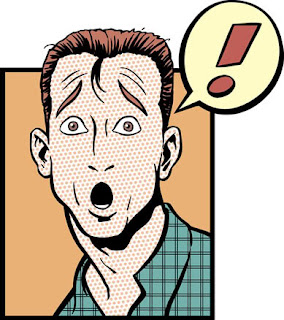 Well, Felix is a good example for us to examine. He was a very successful guy, in the eyes of the world. He was born a slave but had been set free, giving him the status of a freedman. His brother, Marcus Antonius Pallas, also a freedman, served as secretary of the treasury for the emperor Claudius. This close royal connection got Felix the job as governor of Judea, a post he held from 52 to 58 AD.

Felix was also a conniving and selfish politician. He had married a Jewish woman, Drusilla, to gain favor and acceptance by the people. He was also known to take bribes, so he was profiting well from his position. Unfortunately for Felix and the people of Judea, his lucky family connections and corrupt nature did not make him a good leader. Crime ran rampant under his watch, and he was soon replaced by Festus.

Perhaps it's not too hard to see why a man like Felix would grow alarmed at a reasonable and persuasive message "about righteousness and self-control and the coming judgment." Paul told Felix what he needed to hear and did not give him what he wanted, a bribe. Paul told him that God would one day judge all men according to His perfect and righteous standard. Felix knew his luck was going to run out, and this scared him.

It's not just notoriously corrupt and selfish men like Felix who tremble at the message of God. We are all sinners, and we all fall short of God's standard. We all should be alarmed at the coming judgment, for unless we have a way of salvation, we will all be condemned. Thankfully, God has provided salvation through His Son, Jesus Christ. Through Him, we can have a perfect righteousness and be safe in the coming judgment!

Heavenly Father, we thank You for Your Son, Jesus Christ, our Savior, who saves us from the judgment to come. He took the judgment we deserve for us on the cross. We praise You for Him! Amen.

The sluggard says, “There is a lion in the road!
There is a lion in the streets!”
As a door turns on its hinges,
so does a sluggard on his bed.
The sluggard buries his hand in the dish;
it wears him out to bring it back to his mouth.
The sluggard is wiser in his own eyes
than seven men who can answer sensibly.
Whoever meddles in a quarrel not his own
is like one who takes a passing dog by the ears.
Like a madman who throws firebrands, arrows, and death
is the man who deceives his neighbor
and says, “I am only joking!”

Heavenly Father, despite all that I have been reading in Proverbs about the sluggard, I have been feeling and acting sluggishly lately. I need You to stir my heart toward love and good deeds, to make me faithfully diligent in my calling, that I might love You and love others with zeal and energy that Your provide. In Jesus' name, Amen.
Posted by Jason A. Van Bemmel at 10:05 PM