Now the son of Paul's sister heard of their ambush, so he went and entered the barracks and told Paul. Paul called one of the centurions and said, “Take this young man to the tribune, for he has something to tell him.” - Acts 23:16-17, ESV


What is the Source of our Safety?

Yesterday, we saw the source of Paul's courage. When he was losing courage. Jesus came to him and strengthened his courage by reminding him that he was in God's hands. He was not responsible for saving people and making results happen from his ministry. God was using him for His glory and Paul could find great courage in that truth.

Today, we see Paul's life threatened by a well connected and very dedicated conspiracy.  Forty Jewish men went to the chief priests and the elders of Israel and told them that they were bound by an oath to eat nothing until they had killed Paul. This was an organized, dedicated group of conspirators. But was Paul really in danger from them? Not really. Why not? Because he was safe in the hands of God's providence. 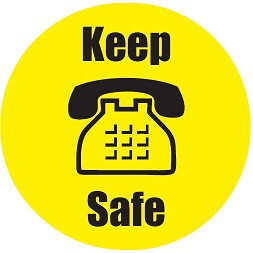 As the murderous conspirators were making their plans with the chief priests and elders, who just so happened to be close enough to overhear? Paul's nephew, the son of his sister, overheard everything. He was able to bring the news to the Roman tribune, who was then able to protect Paul. Paul was always safe. God's will was for Paul to end up in Rome, and as we will see, this conspiracy would be the means God would use to get him there.

Now, there's a wrong way for us to interpret the truth that we are always safe in the hands of God. Some people could use it as an excuse to be reckless. Some people could be so callous that they are sinfully irresponsible with their lives. We are not called to be recklessly irresponsible, but we are also not called to live in fear and anxiety. Our safety comes from the Lord. As long as He is watching over us, we are exactly where we are supposed to be.

Another wrong way to interpret this truth would be to think that God has guaranteed to keep us from physical harm. He has made no such promises. Sometimes He wills that we suffer physical harm. The Apostle Paul was not going to be killed by these conspirators, but he had been stoned and left for dead at Lystra. At other times, he was beaten, shipwrecked, abandoned, mocked, slandered, arrested and imprisoned unjustly. God always keeps us in His care, but that care often includes hardship. Whatever God's providence ordains for us, it is always what is right for us.

Heavenly Father, thank You for watching over us and keeping us in Your perfect providential care. You are the Lord, our Keeper and Protector, our Shield and our Strong Tower. We are always safe from real harm in Your fatherly care for us. Strengthen our faith in You, In Jesus' name, Amen.

Whoever sings songs to a heavy heart
is like one who takes off a garment on a cold day,
and like vinegar on soda.
If your enemy is hungry, give him bread to eat,
and if he is thirsty, give him water to drink,
for you will heap burning coals on his head,
and the Lord will reward you.
Lord, we need wisdom from You to know how to treat others.
Give us the grace to be sensitive to those who are hurting,
and to treat our enemies with kindness and love.

The north wind brings forth rain,
and a backbiting tongue, angry looks.
It is better to live in a corner of the housetop
than in a house shared with a quarrelsome wife.
Like cold water to a thirsty soul,
so is good news from a far country.
Like a muddied spring or a polluted fountain
is a righteous man who gives way before the wicked.
It is not good to eat much honey,
nor is it glorious to seek one's own glory.
A man without self-control
is like a city broken into and left without walls.
Father, let us be people of peace,
In everything we do, may we make peace.
Let us stand our ground before the plans of the wicked,
and give us self-control over our own impulses.
Make us the bearers of good news.
and a blessing to all in our lives.
In Jesus' name, Amen.
Posted by Jason A. Van Bemmel at 4:30 AM