. . . And he said to me, ‘Go, for I will send you far away to the Gentiles.’” Up to this word they listened to him. Then they raised their voices and said, “Away with such a fellow from the earth! For he should not be allowed to live.” And as they were shouting and throwing off their cloaks and flinging dust into the air" - Acts 22:21-23, ESV

Are Patriotism and Nationalism Good or Bad?

We see nationalism on display in the crowd that wants the Apostle Paul dead. It is displaying the same ugly and violent spirit that another, similar crowd in Jerusalem displayed years earlier when it shouted "Crucify Him! Crucify Him!" The Jewish nationalists of Jesus' day were happy to cheer Him when He rode into Jerusalem, waving palm branches and shouting "Hosanna to the Son of David!" But once Jesus criticized and attacked the false worship of the Temple and not the Roman garrisons, they knew He was not going to be their nationalist political Messiah, and so they were done with Him.

Similarly, when Paul addressed the crowd in Hebrew and listed his Jewish resume, they were happy to listen to him. Once he got to the point in his testimony when Jesus sent him to be a witness to the Gentiles, they had heard enough. Suddenly this Jewish man who had been taught by Gamaliel had to die. He was a threat to their nationalist agenda: “Away with such a fellow from the earth! For he should not be allowed to live.” 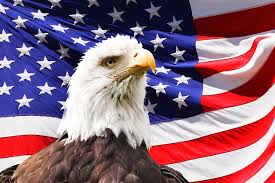 As the Roman tribune took Paul and prepared to flog him, Paul saw an opportunity to appeal to the tribune's patriotism, his sense of Roman justice and ethics. So Paul told the man he was a Roman citizen, and he was unbound and unharmed. While there is an overtone of nationalism in Paul's conversation with the tribune, he is really appealing to the commander's sense of justice and allegiance to the rule of law.

When we are connecting with people from our broader culture, we can identify many of our shared values, but we need to be careful not to connect on the darker side of some of those shared values. Just as patriotism's dark side is nationalism, so anything we love can have a dark side when we make it an ultimate standard or the source of our identity. God had given Israel their identity as a nation, and they had taken that identity and made it more important than God Himself. May the Lord have mercy on us and keep us from a similar idolatry with any of His good gifts.

These also are proverbs of Solomon which the men of Hezekiah king of Judah copied.

It is the glory of God to conceal things,
but the glory of kings is to search things out.
As the heavens for height, and the earth for depth,
so the heart of kings is unsearchable.
Take away the dross from the silver,
and the smith has material for a vessel;
take away the wicked from the presence of the king,
and his throne will be established in righteousness.
Do not put yourself forward in the king's presence
or stand in the place of the great,
for it is better to be told, “Come up here,”
than to be put lower in the presence of a noble.
What your eyes have seen
do not hastily bring into court,
for what will you do in the end,
when your neighbor puts you to shame?
Argue your case with your neighbor himself,
and do not reveal another's secret,
lest he who hears you bring shame upon you,
and your ill repute have no end.

Heavenly Father, You are the One who knows all things, Who orders all things, Who weighs all hearts and Who saves and purifies Your own. Guard our hearts from arrogance, from self-seeking, from grasping for power, and from self-indulgence. Give us contentment with You and faithfulness to You. In Jesus' name, Amen.
Posted by Jason A. Van Bemmel at 11:04 PM